What would life be like in a zero-carbon country? By Ivana Kottasová

Drastic restrictions on almost every aspect of people's lives, from the cars they drive, the way they heat their homes, to the fridges they buy -- even the food stored in them. That is the reality of what awaits us in 2050 if a UK government pledge to cut greenhouse emissions to "Net Zero" is to be met.

If it can do it, the country will become the world's first major economy to stop contributing to Climate Change.
But the goal is extremely ambitious -- the roadblocks massive. 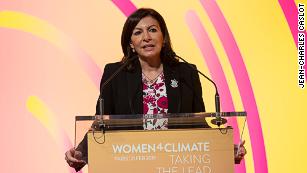 Net zero means the amount of greenhouse gases emitted into the atmosphere is no more than the amount taken out.
By setting the target, the government is doing what it promised to do. Under the 2015 Paris Climate Accord, the UK and almost 200 other countries pledged to work together to keep global warming in check.

The agreement seeks to keep temperatures to 1.5 degree or at the very least to "well below 2 degrees" above pre-industrial levels.

Cutting emissions is a non-negotiable part of that plan. To keep the warming under 1.5 degrees, global carbon emissions need to reach net zero by 2050. For the "well below 2 degrees" scenario, the deadline moves back to 2070.

That puts the UK at the more ambitious end of the range -- and under pressure to deliver concrete policies very, very soon.

"The only reason why people think that cleaner living is more expensive is because they are forgetting about the hidden costs of our current reliance on fossil fuels."

The "net zero" target means the country must slash domestic emissions as much as it can. A report by the Committee on Climate Change, the advisory body that recommended the target, gives a glimpse of what that future will look like.

Petrol and diesel vehicles will need to be phased out and replaced by electric or hydrogen powered ones by 2035. Consumption of beef, lamb and dairy must be cut by 20% by 2050. No houses built after 2025 will be connected to the gas grid. The owners of older buildings will need to switch their heating system to a low carbon one by around 2035. 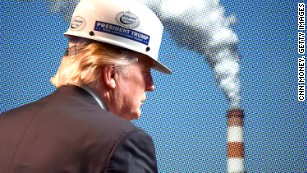 There are issues with the plan. Some sectors are more difficult, or even impossible, to rid of emissions. Agriculture is one example.

"The methane created by livestock is a much more powerful greenhouse gas than carbon dioxide ... so we will have to reduce meat consumption , but it's unlikely that we will reduce livestock to zero," said Bob Ward, policy and communications director at the Grantham Research Institute on Climate Change and the Environment, which is part of London School of Economics.

Aviation and shipping are other sectors where low-carbon alternatives don't yet exist. "They are quite high carbon sectors, they are rapidly growing, and the decarbonization pathway is more uncertain for them," said Barny Evans, renewable energy expert at WSP, a sustainability consultancy. 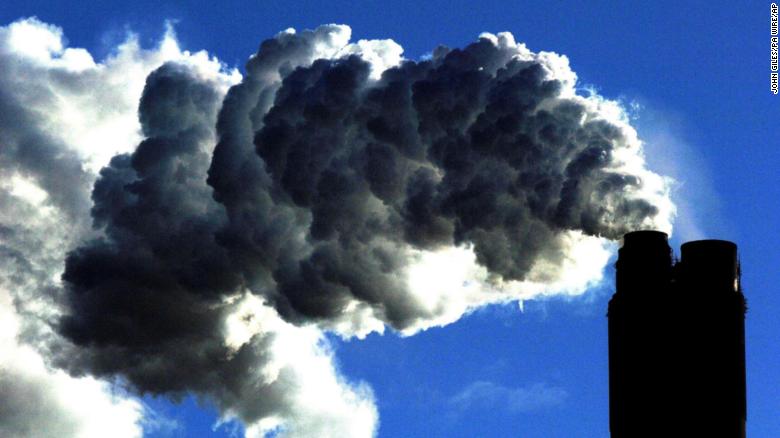 UK's emission reduction targets are among the most ambitious in the world.

Planting trees is part of the plan

Emissions that can't be cut, like the ones created by belching animals, must be offset for the country to reach the net zero target. Trees take carbon out of the atmosphere through photosynthesis, so planting more of them is one way to do this.

But growing more trees is not always practical. Britain is a small island and space is limited, so the government wants the option of paying other countries to plant trees instead.

Groups like Greenpeace and Friends of the Earth are sounding the alarm about that idea. They worry that being able to pay someone else to act could undermine UK's domestic efforts. 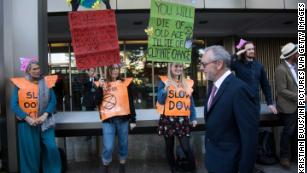 "This type of offsetting has a history of failure and is not, according the government's [own] climate advisers, cost efficient," said Doug Parr, the chief scientist at Greenpeace UK.

Another way to offset emissions is by storing greenhouse gases underground or under the sea. But scientists are still figuring out how exactly to do that in a cost-effective and safe way.

Reaching net zero will cost about £1 trillion ($1.3 trillion), a price that for some, is simply too much. One vocal critic is Danish political scientist Bjorn Lomborg, who called the net zero policy "pointless" because the UK is only responsible for around 1% of global emissions. He argues the cost of the plan will far exceed its benefits, and advocates for more investment into research and development instead.

But for Ward, and an overwhelming majority of climate scientists and climate economists, the numbers do add up.

"The only reason why people think that cleaner living is more expensive is because they are forgetting about the hidden costs of our current reliance on fossil fuels," Ward said.

The investments required to get to net zero will be around 1% to 2% of GDP each year, according to the Climate Change Committee. But dealing with the consequences of unchecked warming -- rising sea levels, for example -- would be way more expensive, it said.

Too little too late?

There are also those who argue the UK and other countries should move much faster. Extinction Rebellion, which recently staged major protests in central London and pushed the UK parliament to declare a climate emergency, wants the net zero target to be set for 2025.

Swedish schoolgirl and climate activist Greta Thunberg has been striking outside the Swedish Parliament every Friday precisely because she believes the Swedes, with their target of net zero by 2045, should move faster. She is also questioning the way reductions are calculated.

While the urgency is undeniable, the Climate Change Committee and other experts say a quicker action could hurt the economy -- and the people. 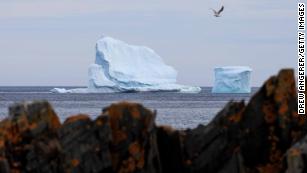 "I hope we can get to net zero earlier and I hope the Extinction Rebellion will continue to push for that, but we've got to do this whilst improving the quality of people's lives," Ward said.

"We have more than 20 million homes in the UK that have gas central heating ... if you were to stop that now, rip up their gas central heating without knowing what you are going to replace it with, you will kill people. Because there will be people who will freeze to death," he added.

"There is a socio-economic and politic dimension to this. We need to make sure we all benefit," Evans added.

Experts mostly welcomed the plan announced by Theresa May. But they were quick to point out that a sweeping announcement by an outgoing Prime Minister who has failed to deliver on her own promise to take the UK out of the European Union, and a complete transformation of one of the world's biggest economies are two quite different things.

Especially when the country is struggling to meet even its existing target of 80% reduction by 2050.

"The government has to recognize it needs to do more ... and whoever is prime minister must bring forward new policies that will strengthen the emission reductions, otherwise we won't get there," Ward said.

Brexit is another major roadblock on the way to net zero. Apart from consuming the energy of government and paralyzing the parliament, Brexit could also cause a massive hit to the British economy. 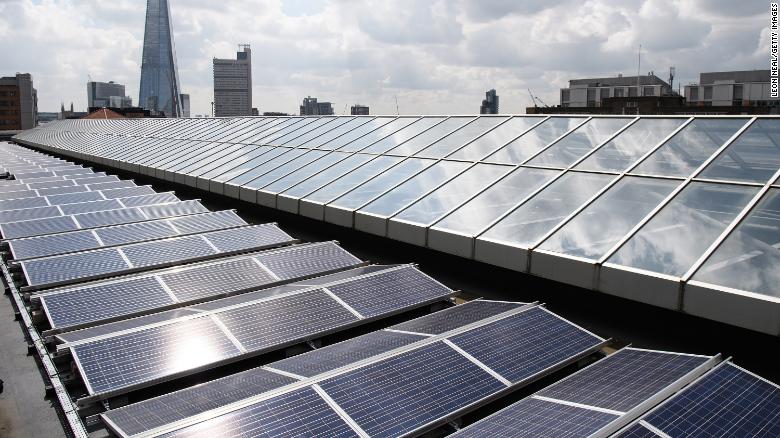 Energy transition is a key part of the plan.

Most economists expect the UK to slump into recession if it crashes out of the EU without a deal. The decarbonization plan will only work if companies are willing to invest in innovation, and a struggling economy isn't the best environment to attract investors.

But the public, at least in Britain, is becoming more aware of climate change -- and the potentially damning consequences of failing to act on it.

According to opinion polls by YouGov, the number of Brits who think the climate is among the top three most pressing issues the country is facing has been growing steadily. The trend was noticeable in recent European and local elections in which Green parties posted big gains.

"The UK has not suffered, in the same way as the United States, from any major party denying the science ... it's not a question of whether we should act, it's about the best way in which to act," Ward said.