The United Nations Environment Programme (UN Environment) has released its latest Scientific Assessment of Ozone Depletion. This confirms that measures taken under the Montreal Protocol – which entered into force in 1989 – have led to long-term decreases in ozone-depleting substances (ODSs) and the ongoing recovery of stratospheric ozone.
Evidence presented by the authors of the report shows that the ozone layer has recovered at a rate of up to 3% per decade since 2000. Based on the current projected trends, Northern Hemisphere and mid-latitude ozone is predicted to heal completely by the 2030s followed by the Southern Hemisphere in the 2050s and polar regions by 2060. 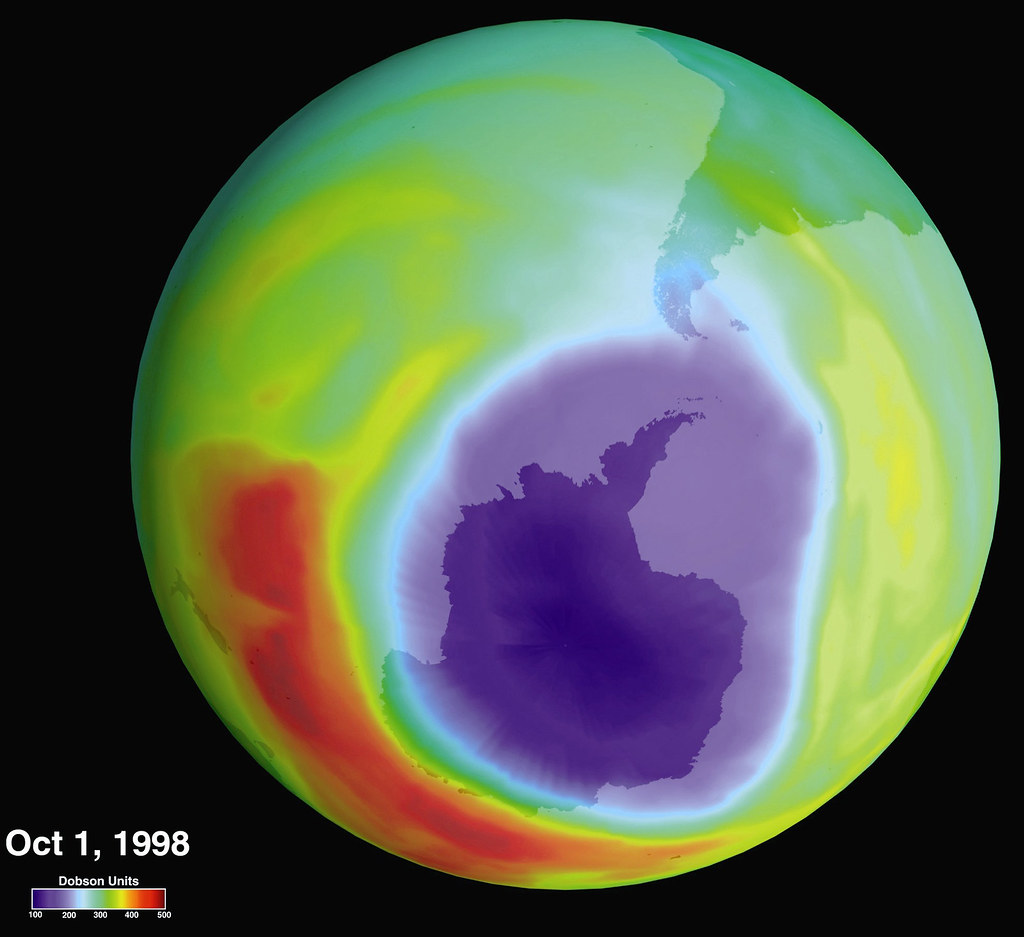 The ozone layer protects life on Earth from harmful levels of ultraviolet rays emitted by the Sun. It is found mainly in the lower stratosphere, approximately 20 to 30 kilometres (12 to 19 mi) above the Earth, although its thickness varies seasonally and geographically. It absorbs 97 to 99% of the Sun's medium-frequency ultraviolet light (200 nm to 315 nm wavelength), which otherwise would potentially damage exposed life forms near the surface.
In 1976, researchers found that the ozone layer was being depleted by chemicals released by industry, mainly chlorofluorocarbons (CFCs). Concerns that increased UV radiation threatened life on Earth, including increased skin cancer in humans, led to bans that culminated in the Montreal Protocol. If this worldwide agreement had never been signed, the consequences would likely have been terrifying, as illustrated by the NASA simulation below.

“The Montreal Protocol is one of the most successful multilateral agreements in history for a reason,” said Erik Solheim, head of UN Environment. “The careful mix of authoritative science and collaborative action that has defined the Protocol for more than 30 years and was set to heal our ozone layer is precisely why the Kigali Amendment holds such promise for climate action in future.”
Set to enter into force on 1st January 2019, the Kigali Amendment will slash the use of powerful climate-warming gases in refrigerators, air conditioners and related products. Nations that ratify the agreement are committing to cutting their production and consumption of these gases, which are known as hydrofluorocarbons (HFCs), by more than 80%. So far, 58 parties have done so. Up to 0.5°C of global warming could be avoided this century through implementation of the Kigali Amendment.
The UN's latest report, which is intended to add to the scientific basis for decisions made by the Parties to the Montreal Protocol, also presents updated scenarios for hastening ozone recovery through:

The complete recovery of the ozone layer was previously listed as a prediction entry on our timeline for 2075. Given this positive news from the UN, it has now been moved to 2060.

To keep up to date with more good Climate News and Eco Tip's for lowering your Carbon Footprint, please join us using the sign up box below.